Branding the new Texas abortion law “extreme, unconstitutional and outright dangerous,” the Dallas Art Fair on Tuesday added its name to a growing list of private companies that fiercely oppose the measure, which on Labor Day provoked the U.S. attorney general to say he would explore “all options” to challenge the law.

Fair officials said they will donate “at least $50,000″ in proceeds from their 2021 edition to Planned Parenthood of Greater Texas. The fair, a springtime staple in Dallas since 2009, became a casualty of the pandemic by having to cancel its annual event in April 2020. Its 13th edition has been rescheduled for mid-November.

Earlier Tuesday, fair officials had vowed to donate 100% of money earned from the 2021 event. But later in the day, they revised their information.

“We’re going to start with at least a $50,000 donation,” said fair director Kelly Cornell. “We wanted to attach a figure to it, a meaningful figure.”

Cornell presides over the well-attended fair, which lures art dealers and connoisseurs from all over the world, and which, until the pandemic intervened, had been the centerpiece of Dallas Arts Month.

With Tuesday’s action, the Dallas Art Fair joins a list that includes the website GoDaddy, the ride-sharing services Uber and Lyft and the dating sites Bumble and Match — all of which have announced staunch opposition to the bill, which took effect Sept. 1.

“I am devastated by the horrific Texas abortion law, which will force so many women into a corner of unthinkable action,” Cornell said.

She also revised the wording of her statement, sent earlier in the day. The updated statement urges “the cultural and business communities of Texas to band together” against what she called “draconian measures that are not reflective of our community. We support access to safe, equitable healthcare for women and the Texas Senate Bill 8 only invites chaos and instability.”

The new law prohibits abortions once medical professionals can detect cardiac activity, usually around six weeks — before some women know they’re pregnant. The law also allows lawsuits, brought by private citizens, against anyone who performs, aids or intends to aid in an abortion, regardless of whether the plaintiff has a personal stake in the abortion performed.

The fair’s press release also added a statement from Ken Lambrecht, president and CEO of Planned Parenthood of Greater Texas, who noted that his organization offers “more than 93,000 patient visits annually” at centers sprinkled across North Texas.

In less than a week, opposition to the bill has continued to mount, with big-name performers joining the growing list of companies vowing to take action. More than 100 popular actors and pop stars, including actors Reese Witherspoon and Eva Longoria, a native Texan, and singers Dua Lipa, St. Vincent and Pink, have signed a petition protesting Senate Bill 8, which was signed by Texas Gov. Greg Abbott.

Hollywood actor Kerry Washington posted on social media asking for the signature of a petition with Texas women, saying, “We must be able to decide for ourselves our health and our future.”

Singer-songwriter Amy Speace, whose Dallas appearances have included stops at Poor David’s Pub, was among those speaking out on Facebook.

“Texas. I love Kerrville. I love Austin. I love Houston. I love the people I know from Texas. But it’s a hard state to love today,” Speace wrote in a post dated Sept. 1. A day later, she added: “I’m ready to jump a bus to Austin to go save some women who don’t have the means for any other options.”

Academy Award-winning actress Patricia Arquette proposed a Texas boycott via social media. Her sister Rosanna Arquette posted on Twitter that she had just “turned down a film I love” because “it shoots in Texas.” And bestselling author Megan Kelley Hall, who wrote Sisters of Mercy and The Lost Sister, was also among those calling for a Texas boycott by recording artists, athletes and other entertainers.

On Monday, Attorney Gen. Merrick Garland vowed to support abortion clinics that are “under attack” in Texas and to protect those seeking and providing reproductive health services. 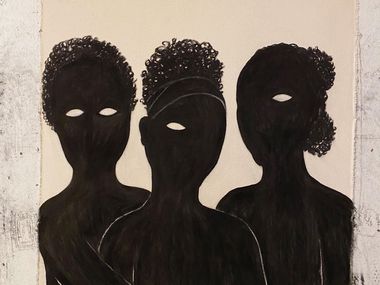 No comments to show.

We use cookies on our website to give you the most relevant experience by remembering your preferences and repeat visits. By clicking “Accept All”, you consent to the use of ALL the cookies. However, you may visit "Cookie Settings" to provide a controlled consent.
Cookie SettingsAccept All
Manage consent

This website uses cookies to improve your experience while you navigate through the website. Out of these, the cookies that are categorized as necessary are stored on your browser as they are essential for the working of basic functionalities of the website. We also use third-party cookies that help us analyze and understand how you use this website. These cookies will be stored in your browser only with your consent. You also have the option to opt-out of these cookies. But opting out of some of these cookies may affect your browsing experience.
Necessary Always Enabled
Necessary cookies are absolutely essential for the website to function properly. These cookies ensure basic functionalities and security features of the website, anonymously.
Functional
Functional cookies help to perform certain functionalities like sharing the content of the website on social media platforms, collect feedbacks, and other third-party features.
Performance
Performance cookies are used to understand and analyze the key performance indexes of the website which helps in delivering a better user experience for the visitors.
Analytics
Analytical cookies are used to understand how visitors interact with the website. These cookies help provide information on metrics the number of visitors, bounce rate, traffic source, etc.
Advertisement
Advertisement cookies are used to provide visitors with relevant ads and marketing campaigns. These cookies track visitors across websites and collect information to provide customized ads.
Others
Other uncategorized cookies are those that are being analyzed and have not been classified into a category as yet.
SAVE & ACCEPT
Go to mobile version